Neon is a 2D action shooter where the player assumes the role of a washed-up gamer living in their parent’s basement trying to get a high score on their jerk of a father’s favorite game. Unfortunately, the gamer plays so much that they haven’t had time to get newer hardware, and as a result the monitor will short circuit and obscure vision of the game. The player tries to complete levels of the computer game while making sure to swat any flies on their screen. 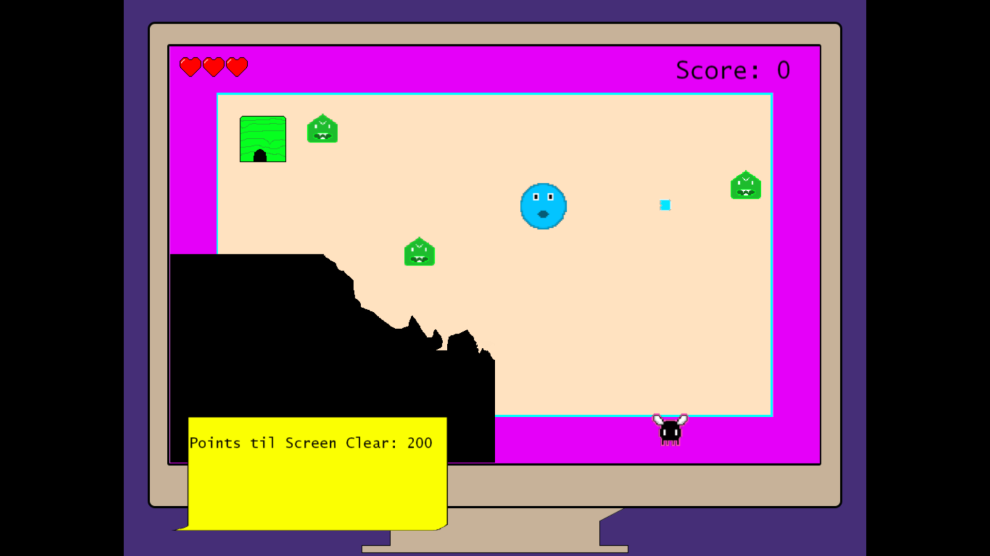 Neon was created for a project on systems design in my first solo design class. The class had to use the core mechanics of a specific Game Maker tutorial game and reinvent them, as well as incorporate the theme of “flies.”.

This was the first digital game I had made fully on my own and I learned that I am capable in my craft. I also honed my system design skills and decided it was something I wanted to look further into.